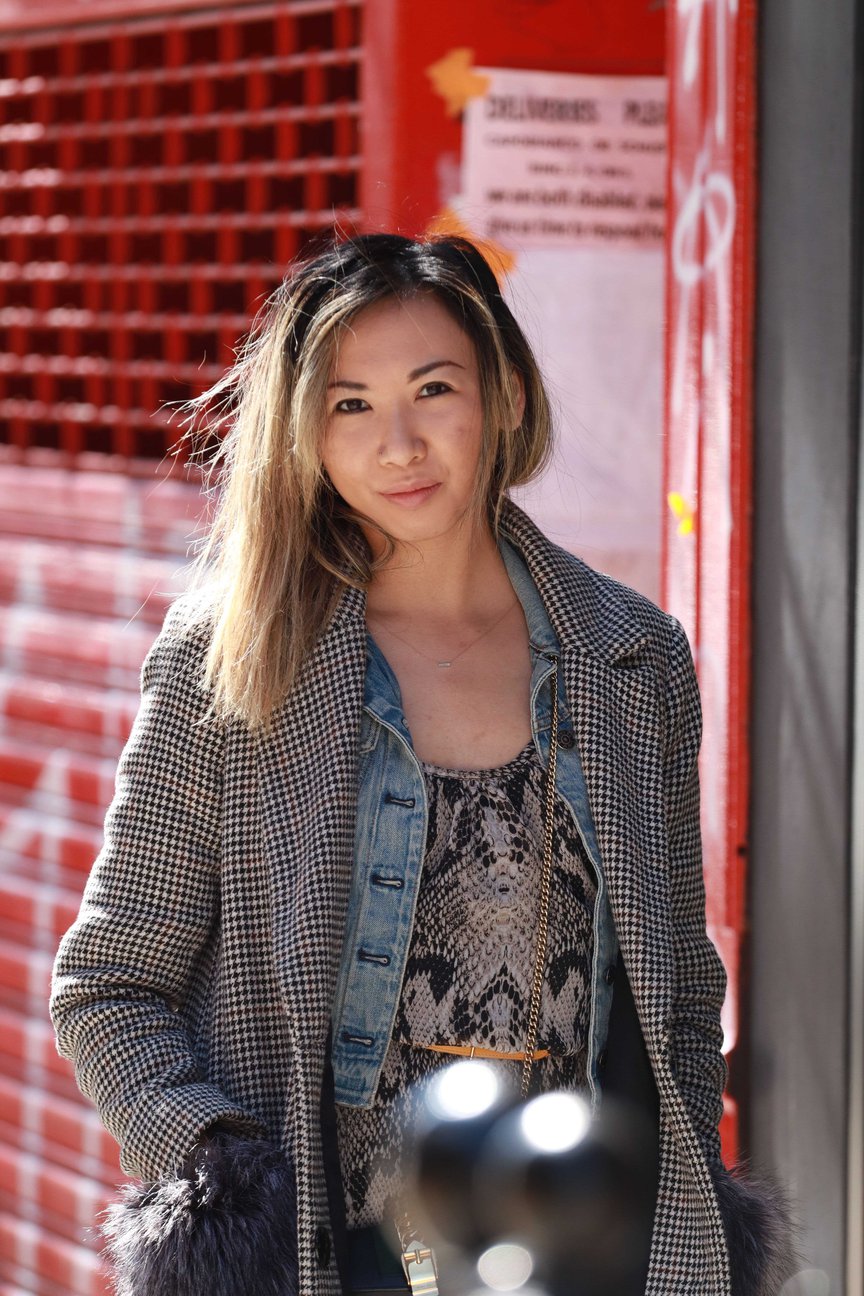 For Asian American New Yorkers, the outsized mental strain of living through the coronavirus pandemic has been exacerbated by a commensurate rise in anti-Asian sentiment. The bias swept into our region in large part due to xenophobic rhetoric connecting COVID-19 to Asian Americans, including then-President Donald Trump’s habit of blaming the virus on China.

As bias incidents and hate crimes against Asian Americans increased, the nonprofit Asian American Federation set up a bias reporting form on its website to report hate crimes in the tri-state area. It tallied more than 500 reports between the beginning of 2020 and February 2021 (and estimated that the actual number is significantly higher). In the city, the Center for the Study of Hate and Extremism says the number of anti-Asian hate crimes reported to the NYPD rose from 3 in 2019 to 28 last year.

What follows is a conversation with four Asian American New Yorkers about being Asian in New York City through it all.

Vic Lee, 31, Chinese American, Co-founder of Welcome to Chinatown, an organization based in lower Manhattan, where she also lives.

I used to come out with my family every single weekend to Manhattan Chinatown. And that was where my grandmother lived all her life. And we would have Sunday dinners in her apartment. So it has a very, very special place for me. As an Asian-American, you’re often feeling not white enough or not Asian enough. And in this community, it feels just right. So I’ve always had this sense of belonging here.

I actually have my grandmother’s apartment building, number 135, from 135 Eldridge, tattooed on my elbow — as a nod to all of my Sunday dinners in Chinatown at that apartment.

The only time I felt uneasy has been over the past year, actually. Last February, when I was walking home from the gym, I did have an incident where a man followed me for a couple of blocks. He was muttering ‘COVID’ under his breath and spitting at me in my direction. And I was so taken aback by what was happening because I was just a couple of blocks from my home. Even now, I don’t feel too great about walking out when it’s very late. So after a certain time, I won’t step out. I won’t take the train.

I do have a large number of friends that are Asian American. We’re frustrated, angered and saddened by what we’re seeing on the news and how long it has taken for information about what’s going on with the anti-Asian hate rhetoric to make mainstream media. It has been hard to understand why it’s taken so long to be seen and to be acknowledged about this issue.

We were coming back from the “Stop Asian Hate” rally in Sunnyside, and later that day my [7-year-old] son asked me, “Mom, are we going to get stabbed?” I said, “No, of course not! We’re safe.”

“Yeah, but one of the speakers said that Asian people are getting stabbed.”

And so I had to explain to him, “we’re not going to get stabbed. Those things are very rare. But there are some people who scapegoat other people.” So then I had to define what “scapegoat” means. Some people, you know, attack other people based on who they are because we’re Asian, you know. And I gave him “the Talk,” basically. And he kind of slept on it and he hasn’t brought it up again. But it’s sad. And it kind of broke my heart.

I’ve changed some behaviors. I know friends of mine have. I was just talking to a friend today who had a dentist appointment and she said, ‘Well, I’m kind of nervous about this one subway station because it’s really crowded.’ And we both know, you put your back to the wall, you look around, you don’t wear your earbuds. You just have to keep your senses aware.

There was a young woman a little bit younger than me up in Astoria who was walking, just minding her own business by the Ditmars Boulevard train station. And some guy started hurling, “Why do Asians eat dogs?” Accosted her, followed her around.

We have a nation that was really pretty much steeped in oppressing people of color but particularly African-Americans. We don’t in our educational system really address it.

For Chinese Americans I think you kind of learn, ‘Oh they built the railroads. They worked in restaurants.’ You really don’t understand the whole history.

Chinese who were here [in the 1800s], they didn’t have very many rights, including if you were a victim of a crime, you couldn’t testify. You couldn’t testify for another Chinese who might be beaten or bullied or killed [by a white person]. If you don’t know about it as an American, just learning about history, you might really not understand why there’s been a lot of discrimination even after 1965.

As Chinese in America, we oftentimes don’t even know that history. What we learned as immigrants — and I was born here, but my mother was born in China and my grandfather on my dad’s side was born in China — they don’t learn that much except when they come to America, you know what they learn? They learn who’s on top and who’s not on top. So as an Asian-American, you learn very quickly African-Americans are not on top in this society.

We come from Asian countries, which have a lot of racism and all kinds of backward ideas in their histories. So we should recognize that. And we also have a history in America of being interventionists in a lot of Asian countries. We don’t talk about that. But that has also a big impact on the Asians here in America. You know, the Vietnam War, the Korean War.

There’s a lot of poverty in a lot of our communities. And when these different kinds of communities come up against each other, you’re going to have contacts that may not be pleasant.

These anti-Asian hate crimes have been going on since I was a kid [in Los Angeles] when I witnessed my own grandmother being kicked down by some 11-year-old white kid. I recall visiting my relatives in the more working-class neighborhood in Anaheim. I just felt like it could erupt into a race riot every day, where there was a lot of interracial violence, where there were Black, Latinx, white, Asian kids. It wasn’t like this happy, multicultural society.

Perhaps what makes me optimistic is that Asian-Americans are speaking up, especially this year.

What worries me is the victims. My first concern is with them, but my second concern is how people will politicize this.

That footage of a young black man pushing an elderly Thai grandfather is a very despairing and charged image. (The 84-year-old victim died after being assaulted in San Francisco on January 28. The suspect has been charged with murder and elder abuse.)

There are people on the right wing who are saying, okay, we need more policing. There are people in the left wing — leftists whose policies I advocate — but who sometimes, I feel, talk about being cautious about policing before they talk about the victim, the elderly Asian victim. And that will alienate, I think, Asian immigrants.

People of color — Black, brown, Asian — don’t know each other beyond what white people have said about us, and we have to figure out a way to kind of understand each other and learn from each other and listen to each other.

Even if we’re sympathetic or listening for a temporary period of time to these incidents, we don’t remember their names. How many victims of Asian hate crimes do you remember? Do you know? Like, I can’t … besides Vincent Chin. I don’t think a single American can think of even two people.

I think we need to pay attention and remember these people. That’s also white supremacy, right? This completely devaluation of lives that are not white.

Arun Venugopal is the Senior Reporter for WNYC’s Race & Justice Unit where he spearheads coverage of bias and hate crimes. If you have a story or tip for Arun, contact him at avenugopal@wnyc.org or on Twitter at @arunNYC.

State Lawmakers Want Higher Taxes On The Rich, But Shy Away From Billionaires' Tax

See the Men of Tina: The Tina Turner Musical Reunite With These Striking Photos

Playbill, partnering with Cadillac and The Neon Coven, has announced additional casting for Glimmer …

A 16-year-old boy is among three teens facing robbery and weapons charges, after police say they rod…