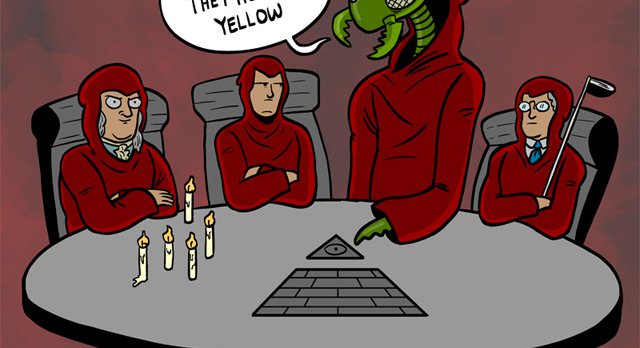 This weekend marks the ritual turning of the clocks forward one hour for daylight saving time, our most tedious national tradition. And as someone who has made his blood vendetta against DST a cornerstone of his public persona since 2012, I find myself heartened to see that my efforts to fight the biggest chronological scam in history have spread across the country.

John Oliver has done persuasive segments on DST, Veep has mocked it, and states like Massachusetts have begun to question its existence. This week, something even more incredible happened: a group of bipartisan U.S. legislators has come together to reintroduce a bill to end the pendulum swing of DST forever.

That’s right: liberals and conservatives alike both hate the Daylight Saving Time system so much, they’ve been able to put aside their many differences to cast off its temporal chains. Nothing unites this country—whether you’re a morning person or a night owl—like a disdain for having to change the clocks on your ovens and microwaves twice a year.

The Sunshine Protection Act proposes that instead of “falling back” in November, we enjoy DST year-round. That is, of course, exactly the recommendation I have made in previous years, so you’re welcome, Sen. Marco Rubio. We’re already using this time shift for eight months of the year, so it makes sense to adopt what we call DST as regular time and enjoy a few more hours of late-day light during the winter months.

Rubio’s home state of Florida already passed in 2018, and at least 15 others have rubber-stamped similar laws and resolutions (unfortunately, not New York). But the final call on the statute must be made at the federal level. In addition to Rubio, the bill has the backing of Republican Senators Roy Blunt, Rick Scott, and Cindy Hyde-Smith as well as Democrat Senators Sheldon Whitehouse, Ron Wyden, and Ed Markey. Really soak that in, because those are a bunch of names you may never see grouped together again.

“Studies have found year-round Daylight Saving Time would improve public health, public safety, and mental health—especially important during this cold and dark COVID winter,” Markey said in a statement. He added that he is “proud to sponsor the Sunshine Protection Act to add an extra hour of sunshine for the full 365 days a year.”

The origins of DST are as perplexing as the reasons behind its ever-lasting persistence. As we’ve previously written, many people have staked claims to having either invented or popularized the concept for a myriad of reasons: Benjamin Franklin wanted to conserve candles; William Willett wanted to defy the limitations of “standard time;” President Woodrow Wilson wanted to get more hours to play golf; New Zealand entomologist George Vernon Hudson wanted more time to study insects, and various governments wanted to conserve coal during the wars of the first half of the 20th century. There’s no doubt that there were lots of compelling reasons why creating the system was especially efficient and effective in a pre-digital age.

But there have been countless studies in recent decades that suggest the DST system is not benefiting people anymore. Multiple studies from the 1970s to today have concluded that there are no electricity savings associated with changing our clocks. Some academics have noted that not only is there little scientific proof that this reduces energy consumption, it’s actually more wasteful.

Chronobiologists argue that the time shift has negative effects on human bodies and brains, and other experts say that traffic accidents tend to spike the first Monday after the shift. Some studies have shown that ending DST would help reduce the risk of seasonal depression.

And there’s even more: this Mayo Clinic found that DST could lead to “an increase in medical errors” because of sleep-deprived healthcare workers. Another study found that changes in sleep cycles caused by DST could disrupt fertility. And my favorite recent study found that if you take away people’s daylight outside, it affects their ability to feel warmth inside. DST is somewhat literally dulling the light inside us all!!

Also: DST makes cows depressed, and the most lingering legacy of it is the fact you get the song “Yellow” stuck in your head. I’m not going to unpack either of those things, you can click here if you really want to dive into those references.

But for now, we remain stuck with DST and this monotonous loop of clock fiddling. Don’t forget to check your smoke detectors come Sunday morning, and feel free to punch a clock if the mood strikes you.

Legendary actor and singer Judy Garland was born June 10, 1922. A child star made famous by The Wiza…