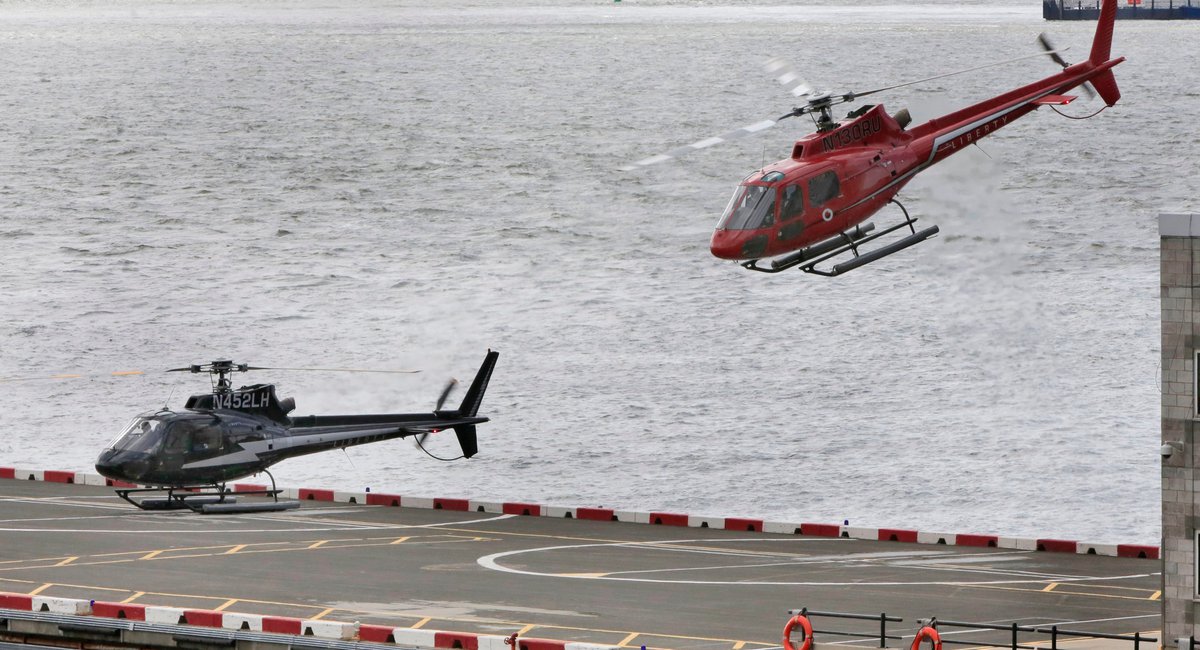 Manhattan’s congressional representatives are still fighting to ban non-essential helicopter traffic over the five boroughs, they announced during a press conference on Sunday.

Rep. Carolyn Maloney, who represents parts of Manhattan, Brooklyn, and Queens, announced alongside Rep. Jerry Nadler and Rep. Nydia Velazquez that they would re-introduce legislation on Monday that would cut down on helicopter traffic and noise pollution by barring non-essential helicopters from flying over NYC. The bill, called the Improving Helicopter Safety Act, was first introduced in 2019, according to the lawmakers.

“If you’ve spent any time in New York City, you don’t need me to tell you that helicopter traffic is a serious safety and noise pollution concern,” Maloney said in a statement. According to Maloney’s office, complaints about helicopter noise had increased 130% between October 2019 and October 2020. Nadler noted there has been 30 fatal helicopter crashes resulting in 25 deaths since 1982, making noisy helicopters a safety issue too.

The congressional reps said they have called on the Federal Aviation Administration to issue more rules regarding flights over NYC, but the federal agency has refused. FAA spokesperson Arlene Salac said the agency does not comment on pending legislation.

Helicopter noise has long been a scourge for New Yorkers—more so during the height of protests against police violence in 2020, when the NYPD deployed helicopters to circle overhead Brooklyn and Manhattan to monitor the demonstrations. Sightseeing helicopters blare loudly over Central Park, and Manhattanites from the Upper West Side to the Lower East Side have complained about the noise.

“Helicopter flights in New York City largely cater to either a small slice of tourists, or a cadre of elite travelers using them as unregulated charter flights to the city’s airports or to weekend destinations in the Hamptons,” Brewer said in a statement.

The bill, as written in October 2019, would ban helicopter flights over cities with at least 8 million people or with a density of over 25,000 people per square mile—unless it is for public health and safety or operations to support construction or infrastructure maintenance.

During a press conference beneath the noisy helicopter traffic at a heliport in Lower Manhattan, lawmakers announced the bill would be re-introduced on Monday.

This article has been updated with a comment from the FAA.

Earlier this month, a dog went on a possibly magical, but more likely harrowing, journey from the Up…

1920 Opening night of the Ziegfeld Follies of 1920 at the New Amsterdam Theatre, featuring performan…